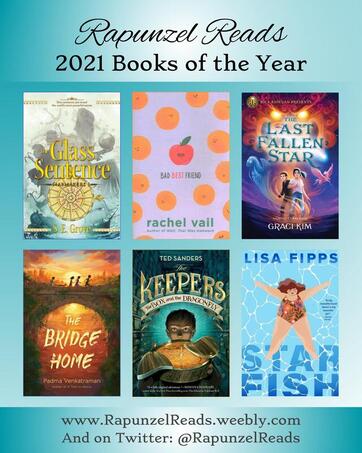 We've had another great year of book reviews! Along with lots of great middle-grade reviews on our main page, this year, we featured half a dozen young adult novels on our For Older Readers page, highlighted four sequels which kept up the magic and whimsy of their predecessors, and even posted a booklist in August of 10 Great Summer Reads. And that's not even mentioning the eleven authors we interviewed in 2021, who told us about their characters, inspiration, favorite books, and more. Thank you to everyone who has followed and commented on our blog over the past year!

It's always hard to decide, but we've chosen our third annual Books of the Year: three Fantasy and three Realistic Fiction. Our of all the great books we read this year, these were the standouts - the funniest, quirkiest, most moving, or simply all-around spectacular. We're so glad to share them with you, and we hope you love our 2021 favorites as much as we do! 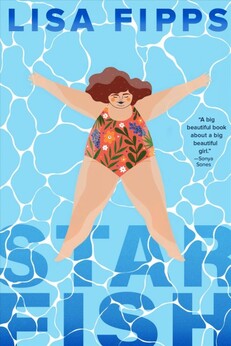 What it's about: Ever since she was five years old, Ellie's biggest focus has been on not standing out to avoid giving the people who torment her about her weight any more reason to target her. And with her best friend moving away, her parents arguing constantly, and her mom pushing for weight loss surgery if the latest diet she's found doesn't work, Ellie's even more determined to stick to the list of Fat Girl Rules she's created to help her blend in. But as she begins sixth grade, not everything goes according to plan. A cheerful, guitar-playing new girl moves in next door. Her parents bring Ellie to a therapist who she hates at first, but who turns out to be unexpectedly perspective and understanding—and quirky. And Ellie begins to realize that maybe, just maybe, she doesn't need to be fixed or changed at all to be worthy of respect and love. Read the full review here.
​
Why we chose it: Ellie is a deeply compelling character—amusing, caring, and increasingly brave—and it's a joy to watch her progression throughout the book as she learns to take up space, stand up to her bullies, and love herself. Bullying has become a common theme in middle grade books—and the cruelty of some characters makes parts of the book hard to read—but the nuance Fipps brings to her exploration of the topic, and especially the challenge of finding a way to stand up to your detractors while not becoming a bully yourself, set Starfish apart. The story is written in compelling free verse, making it a fast, engaging read that mirrors Ellie's love of poetry. Overall, an honest, unflinching, and warm story about loving yourself, and standing up to your detractors without acting like them. 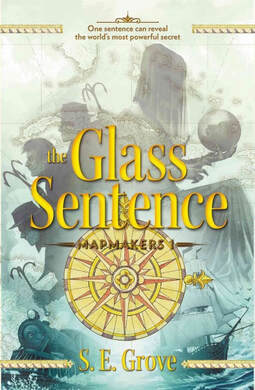 What it's about: A hundred years ago, the Great Disruption shattered time itself, hurling countries and continents into ages far disparate from the areas around them, from the ancient past to many centuries in the future. Sophia Tims has grown up in 1890s Boston under the care of her uncle Shadrack, one of the area’s best cartographers--an occupation both harder and more important than ever with the latticework of different ages that is the world. But when Shadrack is kidnapped, Sophia leaves home to find him, with only a mysterious glass map to guide her. A glass map with far more power than she ever could have imagined… Read our full review here!

Why we chose it: The Glass Sentence pulled me into its world of unique, complex ages from the first page. The historical settings Sophia travels through crackle with evocative details and bring you instantly into her unique and mysterious world. I found myself constantly surprised by new turns the story took and the layers of secrets, discoveries, and twists. The characters were all strikingly different, and entirely real; I found myself particularly drawn to the fascinating villain, who is one of my favorites not only from this year, but of all time. The Glass Sentence weaves everything I love most in fantasy together into an imaginative and compelling narrative. 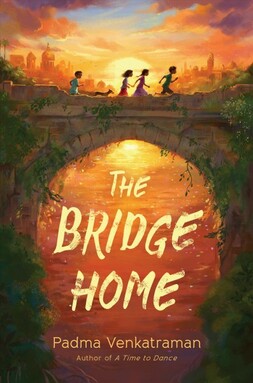 What it's about: When eleven-year-old Viji runs away from home with her twelve-year-old sister, Rukku, she hopes to find a better life in the city—But she quickly learns that the reality of surviving on the streets seems grim, to say the least. However, the sisters are saved  Arul and Muthi, two boys who are also homeless, and are introduced to a new world, one of struggling to find food, and gathering trash to sell from Himalayas of garbage, yes, but also of sleeping on an old bridge above a glittering river at night, not being ordered around by anyone, and forming a bond which quickly becomes unbreakable. With every day she lives on the streets, Viji feels her dreams of being a teacher, and of ever finding a better life, drifting farther and farther from reach. But with Rukku, Arul, and Muthi by her side, life's obstacles seem more like adventures than problems, and she and Rukku are the happiest they've ever been—until everything they've worked so hard to build begins to come apart. Read our full review here.

Why we chose it: The Bridge Home is rich with compassion, hope, and humanity. The irresistible characters aren't deeply complex, yet are filled with life and energy and motion; Viji is strong, determined, and fiercely loyal, and Rukku is incredibly lovable, kind, and far more talented than most people bother to find out. I was struck by how despite frequently facing dire circumstances, the protagonists still manage to have fun and be silly, ordinary kids. Their moments of triumph and true happiness make their heartbreaking ones even more wrenching (I cried quite a bit!), and the story gives a glimpse into the lives of millions of children whose stories aren't often told. A piercing, beautiful story of survival, loss, friendship and sisterhood. 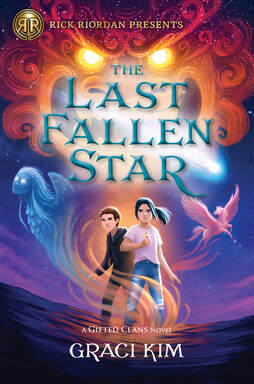 What it's about: Riley Oh has always wanted to have magic. Her sister, Hattie, does, just like everyone else in their community of Korean-American witch clans hidden out in the middle of LA. But Riley is nonmagical. And though her adoptive family is awesome—particularly Hattie, who's Riley's age and the best sister ever—the rest of the Gifted community definitely doesn't think she belongs.
Riley and Hattie are determined to perform a spell which would allow them to share Hattie’s magic between them—only it turns out the cost of the spell might be Hattie’s life. Riley’s last hope to save her sister is a bargain with an immortal who demands she brings her the Godrealm’s last fallen star, and fast. But as Riley begins to uncover secrets which were never intended to be revealed, she has to decide what it really means to belong—and what she's willing to give up to fit in. Read our full review here.

Why we chose it: The Last Fallen Star blends myth with the modern day in a story full of action, adventure, and awesomeness. I loved Riley and Hattie’s relationship—the strength of the love between them is palpable throughout, and this combined with their interactions and humor makes them one of my favorite pairs of literary sisters. The world is complex and interestingly layered over our own, and the supporting characters are all unique, interesting and fun. Perhaps the most standout part of this book is the plot—every time I thought I knew just a little where it was going I was wrong, and the constant flow of action, surprises, and laughs made this book speed by until I couldn't believe I'd reached the end. 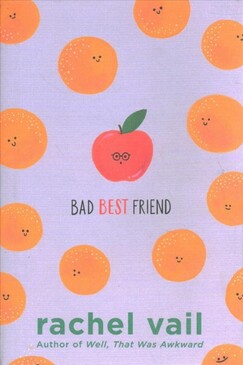 What it's about: [Eighth grader Nicki Ames has been best friends with Ava for five whole years, so when their gym teacher tells everyone to pair up with their best friend, Nicki knows who she’ll be next to. Only Ava doesn’t choose her. She chooses one of the popular girls instead.
Nicki isn’t sure if she’s been abandoned in front of her whole class, or if she’s just reading too much into a simple action. But as the weeks drag by and Ava barely talks to Nicki, she has to ask herself: if Ava is being a bad best friend, does that mean Nicki should just wait for her to come around? Or is this her opportunity to strike out on her own? Read our full review here.

Why we chose it: Over the years, I’ve probably read hundreds of realistic fiction novels. Some I’ve loved. Some I’ve hated. Out of all of those, there are only a small number which really spoke to me and felt as though they accurately portrayed the lives of middle schoolers today—and among those, Bad Best Friend is a standout. Blending sensitive, accurate portrayals of tweens, conflicts, and families with a full cast of characters, each with an astonishing amount of nuance, this book feels as though it gives voice to the complexities, uncertainties, and messiness of middle school without ever being forced, preachy, or simply inaccurate. This is a book which I feel should be widely read: it explores some of the most universal feelings of tweens which are rarely explored in novels in a way that considers the layers and confusion of these events in the most authentic way possible.
​
- Piranha T. 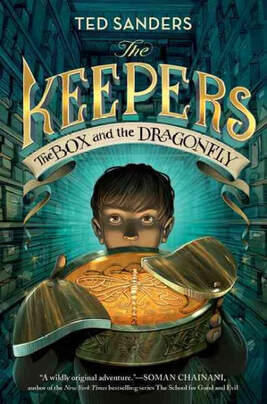 Fantasy (SK): The Box and the Dragonfly by Ted Sanders

What it's about: Twelve-year-old Horace F. Andrews is a very logical person. So when he sees a sign with his name on it through a bus window on the way home from school, he decides to investigate. And the results are most certainly not logical. Instead, he finds himself pulled into an ancient war over Tan’ji, objects with magical powers, and discovers his own Tan'ji, an extraordinary box he immediately feels a bond with. Charged with uncovering the abilities of the box on his own, he becomes entangled in a complex conflict that will stretch the limits of time, magic, science—and fight to save this improbable, illogical, extraordinary side of the world which he never knew existed. Read our full review here!

Why we chose it: The Box and the Dragonfly is a fast-paced, clever, and highly amusing fantasy that kept me engrossed from start to finish. Horace is a smart, determined, appealing protagonist, supporting character Chloe is irritable and hilarious, and the rest of the cast is quirky and fresh. As I was writing the above book description, I was struck by how many of the elements of The Box and the Dragonfly aren't uncommon in fantasy (scientifically inclined protagonist, ancient struggle, magical objects), yet the way Sanders uses them is genuinely fresh and unique, and one particular aspect of the generally excellent plot is truly original and different from anything I've ever read before! Quirky characters and clever twists, plus a brilliant plot unfolding in multiple times (read it and you'll see what I mean!) make this book an absolute standout.