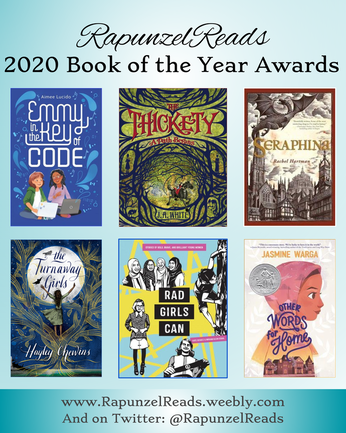 The past year of reviews has included many fabulous new books spanning many genres. It's also seen the launch of our new For Older Readers page (which, if you haven't checked it out yet, is where we review young adult books, usually categorized as ages 12+). We've been honored to interview many of our favorite authors, including those of some of the books we've chosen here. Thank you to everyone who has followed and commented on our blog over the past year!

Although it was hard to decide, here are our second annual Book of the Year awards, with six this year: two Fantasy, two Realistic Fiction, Nonfiction, and For Older Readers. We hope you enjoy our favorites from 2020! 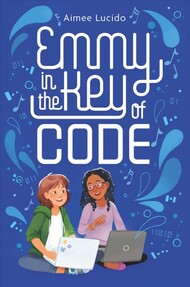 Realistic Fiction (Piranha T.): Emmy in the Key of Code by Aimee Lucido

What it's about: Twelve-year-old Emmy loves music, but no matter how hard she tries, she’s never been able to carry a note or play a tune. After years of musical disappointments, she decides she can’t pretend to be what she isn’t, and when she enters a new school, she’s placed not in a music class, but in Computer Science. But from the first time Emmy enters the computer lab, she discovers a new type of music: the music of a keyboard and lines of code. Coding brings Emmy a new sense of self, a teacher she cares about, and even a best friend. But just as she’s beginning to find a place in her new school—one made from lines of code, not notes of music—the last thing she expects happens, and she’s left struggling to come to terms with an event which changes everything. Read the full review here.
​
Why we chose it: Emmy in the Key of Code is one of my favorite realistic fiction books, period. I love how Emmy develops and discovers her true talents as a coder, but I truly connected with her because of her realism: her struggles with self-confidence, her interactions with other characters, and her love of science and art, instead of fitting neatly into one box. Written in rhythmic free verse interspersed with lines of code, this book combines elements of coding, music, women in science, bullying, moving, friendship, and self-discovery in a truly outstanding and original way. 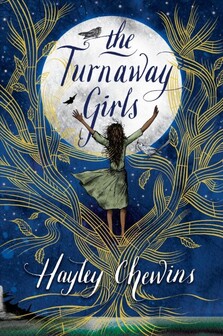 What it's about: The turnaway girls live in a cloister outside of the city Blightsend, under the watchful eye of Mother Nine, where they learn how to make gold, or shimmer, out of the music Masters play outside the walls. They learn to do as they’re told. They learn to be silent. Only girls are allowed to make shimmer, silently creating treasures for the Master who chooses them. And only boys are permitted to be Masters, the makers of music who live free, outside the cloister.

Twelve-year-old Delphernia has been raised in the cloister, but she’s never been like the other turnaway girls. She can’t make shimmer, and she can sing pure magic. She’s always asking questions. When she is chosen by a Master to leave the cloister, it seems that her dreams have come true--but there are shadows in the city, ones which threaten all she has gained. In order to save her new friends--and her city--change will have to come. And Delphernia is no stranger to speaking up when no one else will. Read our full review here.

Why we chose it: ​Luminous and absorbing, The Turnaway Girls explores the silence which girls are often taught to keep, and the courage and importance of those who speak out anyway. Although it’s written in prose, it’s written so beautifully that it sometimes reads more like poetry. I loved Delphernia’s development over the course of the story, and her growing confidence and courage, and the other characters are wonderful as well, making the cast irresistible. We have selected The Turnaway Girls as a Book of the Year because of its intricate, enchanting writing and storyworld, and its deftly woven tale of a girl finding her voice, which is both timely and timeless. 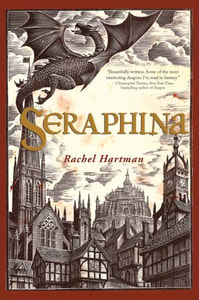 What it's about: Sixteen-year-old Seraphina Dombegh is hardly like others in the land of Goredd, and not just because of her extraordinary musical talent. Her mother was a saarantras—a dragon in human form—and although the Goreddi-dragon treaty signed forty years ago frames the two species as allies, intolerance remains rampant between them. Seraphina can only keep this secret by remaining out of the spotlight, but when she is apprenticed to the court musician, Viridius, and begins to be caught up in the multilayered intrigues of Goredd’s royal family, it becomes much more difficult. Yet she might be the only one able to uncover the plot against the dragons, the royal family, and the treaty itself. Read our full review here.

Why we chose it: Seraphina is a multilayered, engrossing fantasy novel full of well-defined characters and intricate worldbuilding. Seraphina herself is one of my favorite protagonists, equal parts sympathetic and flawed, and her emotional journey makes this book beautiful and strong: it’s about more than dragons and court intrigue, it’s about a girl who is, despite her mixed ancestry, deeply and beautifully human. The plot is full of twists and intricacies, similar to a mystery, and the world of the Southlands introduced in this novel is detailed and multifaceted. This is my favorite teen fantasy from this year--I highly recommend it! 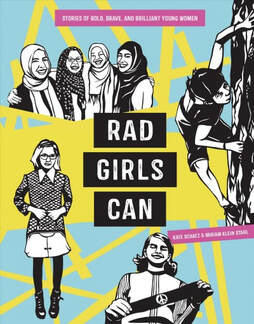 What it's about: All over the world, girls are making headlines, whether they’re breaking records, giving speeches, or fighting for social justice. Some have become celebrities, while others have worked against inequality in their own communities. And of course, there are those who are now grown up, but changed the course of history when they were girls. Rad Girls Can celebrates the accomplishments of almost fifty amazing young women, all under the age of twenty, who have in some way changed the world for the better. Read our full review here.

Why we chose it: I’ve read many books celebrating the accomplishments of young people, feminists, etc., but Rad Girls Can remains my favorite. I first read Rad Girls Can several years ago, and it inspired me to learn more about a lot of the girls it profiles, many of whom I had never heard of before. Short, informative, engaging pieces about a variety of vastly different young women are combined with unique, expressive illustrations, resulting in a fascinating, empowering, and fun exploration of just how much a girl can do when she puts her mind to it. As Marley Dias, founder of the #1000BlackGirlBooks campaign, said, “You don’t have to be very old to start trying to fix the problems you see in the world around you.” 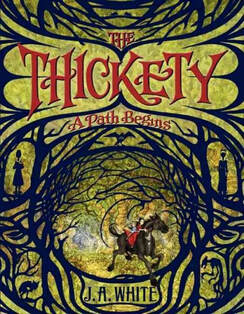 Fantasy (Piranha T.): The Thickety: A Path Begins by J. A. White

What it's about: There are two sources of dark magic feared in Kara Westfall’s village: the Thickety, a dangerous forest which lies not far from the town, and the nefarious witches who are rumored to all be dead, but some claim still live. Kara’s mother was condemned for reported witchcraft seven years ago, and although Kara herself has never displayed the same skills, people whisper that she can cast spells, too.

Witchcraft is the last place Kara would ever turn, but then she’s lured into the Thickety by a one-eyed bird which leads her to a grimoire--a magical book which she believes belonged to her mother. She knows she must destroy it, but with it, she learns she can cast spells, and its power begins to pull at her, turning her actions strangely. As she becomes deeper enmeshed in a web of secrets threading through the village, Kara must uncover the truth of what happened seven years ago--or become the witch the villagers have always feared she’ll become. Read our full review here!

Why we chose it: A Path Begins is a fully imagined, engrossing fantasy novel. The plot is full of twists and questions, unpredictable in the best sort of way. White’s world is unique, multilayered and well-developed. Kara’s inner strengths and struggles drive this book and intertwine with other elements of this novel, helping it become fast-paced, sympathetic, and dimensional. We’ve selected A Path Begins as one of our Books of the Year because it expertly fulfills all my hopes as a reader--a detailed setting, a complex plot, and a determined protagonist which together make this story a standout. 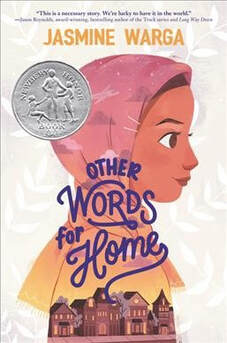 What it's about: When tensions rise dangerously in Jude’s home city in Syria, she and her mother fly to America, where they move in with her aunt and uncle in Cincinnati. As Jude struggles to adjust to a new culture, language, school—a new life—she learns that America is different than it seems in the movies. Everything is big and loud and shiny, clamoring for attention. She learns that some people expect her to be a certain way before they even meet her, or seem to treat her differently when she starts wearing a headscarf. But in America she also finds friends, allies, hope for her family in Syria and a connection with those in America. She finds a place which, slowly but surely, begins to feel like home. Read our full review here.

Why we chose it: Every now and then I’ll randomly stumble across a book, decide to give it a try, and end up completely adoring it. Other Words for Home is definitely one of those. A combination of gorgeous free verse, a multilayered plot, and a protagonist who I completely loved creates a poignant, inspiring story about finding a new home and growing up. The story never gets violent or dark, but still honestly faces the realities of being a young Middle Eastern refugee. I’ve connected with many book characters in different ways over the years, but Jude touched me more deeply than any have in a long time, and I utterly adored her. Her fears for her family and the future make her immensely relatable, but it’s her courage, dreams, and unquenchable spark which truly make her shine.